Pacman Da Gunman is a spiritual man, throughout his life he’s experienced plenty of blessings, joy and loss. Today, however, he asks his creator an assortment of questions with the help of frequent collaborator Yhung T.O. on a track called “Ask God”. The track produced by Hit-Boy is from their collaborative album ‘Bulletproof Soul’ which was released March 31st. Roughly three weeks later, they release the King Spencer directed visual, which shows Pacman stepping inside a church looking for refuge and solace while Yhung T.O. is inside a big spacious warehouse later being joined by Pacman. 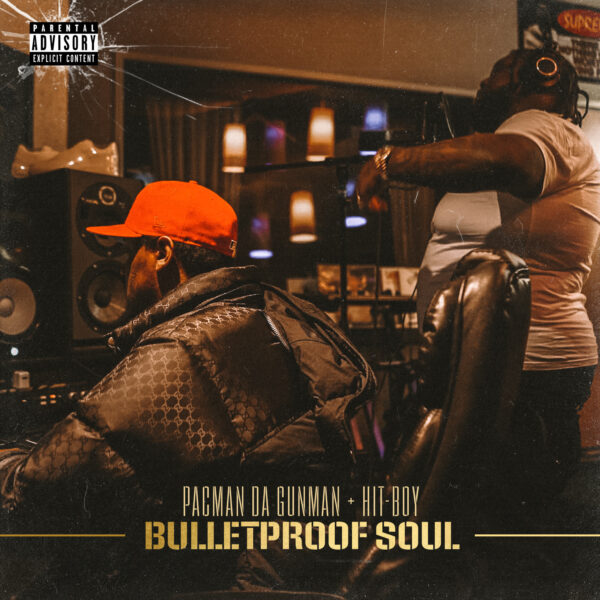 Above everything else, Pacman da Gunman is a man of principle with a bulletproof belief system. The South Central rapper will never do something just to do it, everything is calculated and intentional, nothing is forced. When Pacman connected with Hit-boy the musical chemistry was undeniable. Having heard the classic records like “Racks In The Middle” Hit created with Nipsey Hussle in the past, and Pac being Nip’s protege, the fit was natural. The two began working on a then untitled project, producing nearly twenty songs and eventually choosing the best nine. To say Hit-Boy was in his zone would be an understatement, this project was being recorded at Chalice Studios during the same time Nas was recording Kings Disease. Pac knew when he left the studio God’s Son was coming in right after him and he wouldn’t allow his sessions to be any less prolific.

‘Bulletproof Soul’ is a powerful statement made by Pacman da Gunman to stake his claim at the top of the West Coast rap food chain. A man with a teflon reputation, lyrics and flow to match. The album is named after one of his favorite songs by Sade, and as a reference to Nipsey’s lyrics on Victory Lap “Hunnit proof flow, run and shoot pro, 458 drop, playing Bullet Proof Soul”. The nine track album takes you on a ride from brash gangster rap on “Banging Late” and “Cold Nights on 60th St” to braggadocious tracks like “New Heat” with J Stone, to relatable relationship songs “Find a Balance” with Dom Kennedy and lastly vivid storytelling on “Till We Meet Again” which details his point of view on March 31st 2019 when his dear friend and mentor Nipsey Hussle was slain outside the Marathon Store. March 31st isn’t a day of celebration, but a day of reflection and 3 years later, with Hit-Boy and Pacman releasing an incredible body of work, it is clear the marathon continues.

Pacman da Gunman and Hit-Boy continues his Bulletproof Soul campaign, with another visual release. This time it’s for the introductory track “Not Your Average”, directed by King Spencer. In this video, you follow Pacman as he embarks on a typical night in Los Angeles from downtown high-rises, sliding up streets in a Mercedes S Class, studio sessions, and more. Pac and Hit’s collaborative project “Bulletproof Soul” releases March 31st. 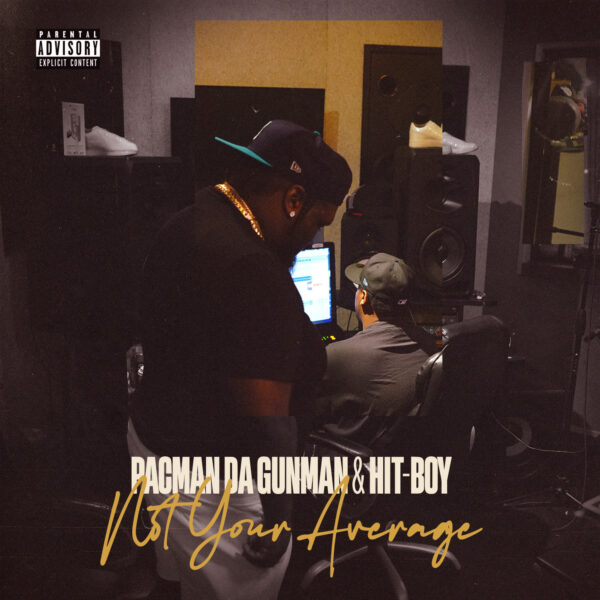 Pacman da Gunman and Hit-Boy are right back with their final single before their collaborative project “Bulletproof Soul” releases March 31st. “Not Your Average” is the introductory track on the album, kicking it off with an immense amount of swagger and energy stating. 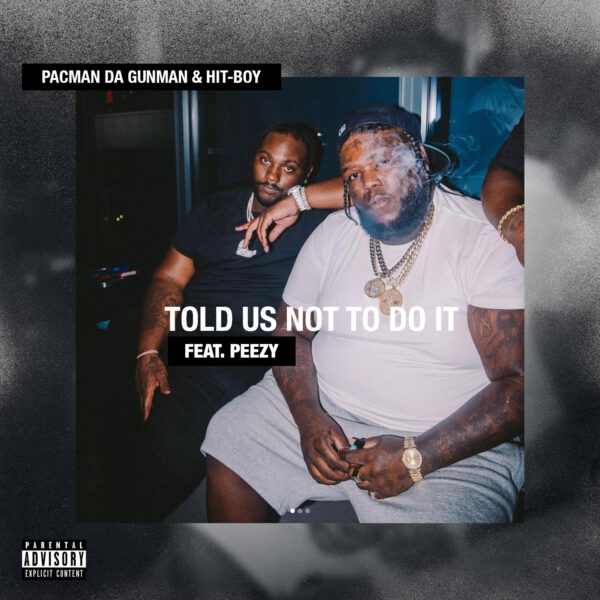 Pacman da Gunman and Hit-Boy are on and rolling. The West Coast’s best new rapper-producer duo look to capitalize off the success of their first single “Find a Balance” featuring Dom Kennedy with a brand new single from their forthcoming project “Bulletproof Soul”. The second single “Told Us Not To Do It” features Detroit’s underground rap pillar Peezy and has both him and Pacman propagating disobedience in order to obtain a plethora of paper. Hit-Boy’s enthralling production is score-worthy, setting the scene for Pacman to spew lyrics such as “got a hundred on my neck, spent a dub on the watch and the time always wrong, but the grind never stop”. Peezy predicates more slick talk with “seen alotta sh*t, but I ain’t saying sh*t, police on a n**** head, I be on gang shit, couple M’s couldn’t change me I’m on the same sh*t”.

Stream “Told Us Not To Do It” 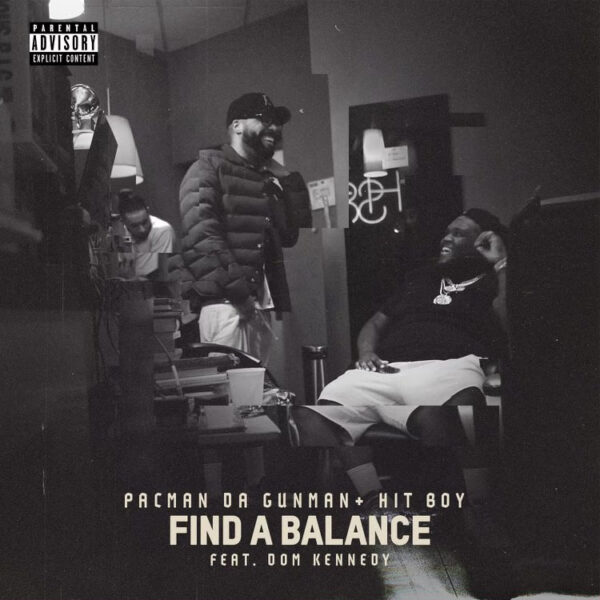 Pacman da Gunman of All Money In is like all of us, although he’s an extremely successful indie artist, he’s also constantly searching for a balance with work, relationships and responsibilities. In his latest single “Find a Balance” he expounds on this theme with the help of Los Angeles legend Dom Kennedy over dulcet Hit-Boy production. Dom delivers an exceptional verse about relationships proclaiming “back and forth with a b*tch, nah I ain’t the one, Earl’s on a Saturday I wanna feel the love”.  Pacman raps, “you see us running out of time, we gotta find a balance, you think I’m on some bullshit, I’m with Hit at Chalice”. The Crenshaw District native is referencing the infamous Hollywood studio (Chalice Recordings) Hit-Boy uses as his headquarters, churning out multiple projects with the likes of Nas, Big Sean, Dom Kennedy plus others, resulting in multiple Grammys and critical acclaim in the past few years. 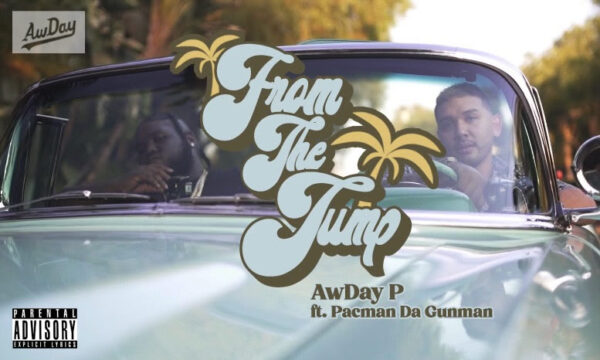 Los Angeles artist AwDay P has burst on the scene with a banger titled “From The Jump” featuring LA staple and All Money In representer Pacman Da Gunman. Originally from the San Gabriel Valley area of Los Angeles, the Filipino/Native American rapper has a unique voice and perspective to match, setting him apart from the rest of the artists on the West Coast. He starts the song off with the conviction of a culprit stating “used to push dope just to make money, that’s the truth!” in the chorus, creating an anthemic, money making track. Pacman contributes with a standout verse using a jolting flow, rapping rapidly, then slowing down in the same bar, proceeds to rap in Spanish for two bars then ends his sixteen with “I’m a King so I never pray, I just map it out then make a way”.

South Central native Pacman da Gunman is no stranger to innovation. Being mentored by Nipsey Hussle who opened the world’s first smartstore in 2017 (Marathon Clothing) as well as launched his Proud 2 Pay campaign which is very similar to what we now know as NFT’s taught him to be on the cutting edge of technology and embrace change. Today, in collaboration with Cubed Creatures, he released his own NFT.

What Is Cubed Creatures?
Cubed Creatures is a NFT Collection of 250 uniquely terrifying Creatures inspired by urban legends and folklore that now live on the Ethereum blockchain, Each Creatures story is written with the intent for them to star in a Hollywood Horror Film, featuring a darker more edgy retelling of traditional urban legends, creating a universe filled with terrifying Horror Villains. The Creatures are separated into 7 classes, Experimental, Paranormal, Undead, Mythical, Alien, Titans & Psychopaths, who’s origin stories are inspired by modern day Mass Murderers.

What We’ve Created With Pacman Da Gunman.
We’ve gone ahead and collaborated with Pacman by making an original character in our horror universe inspired by him and his likeness. The character we’ve created with Pac is called Spill Sumn “A cybernetically enhanced gang member, known around the world as rapper “Spill Sumn” is not the type of person you’d want to cross. This intimidating rapper is loyal to the streets, which is why he never leaves home without his two pistols.” 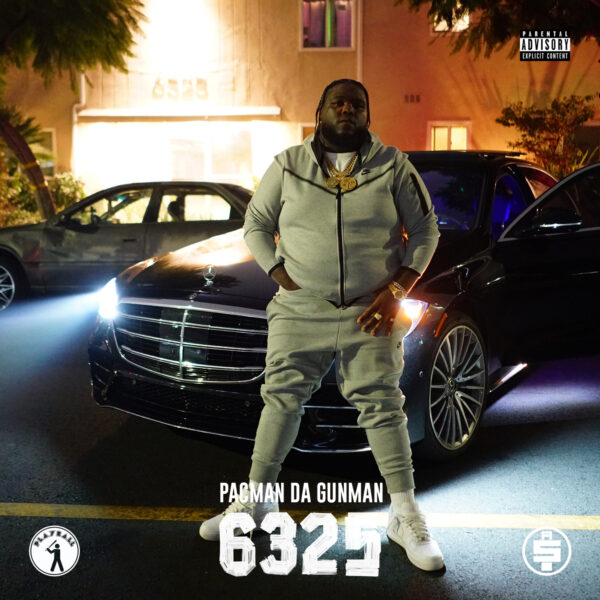 Pacman da Gunman of Nipsey Hussle’s All Money In No Money Out Records is an artist that has been a cornerstone of LA’s recent wave of outstanding talent. Today he arrives with his latest project, ‘6325‘, after dropping the bouncy “Spin Again” single last week. ‘6325’ displays Pacman’s unique ability to create a vibe where street music collides with the mainstream. 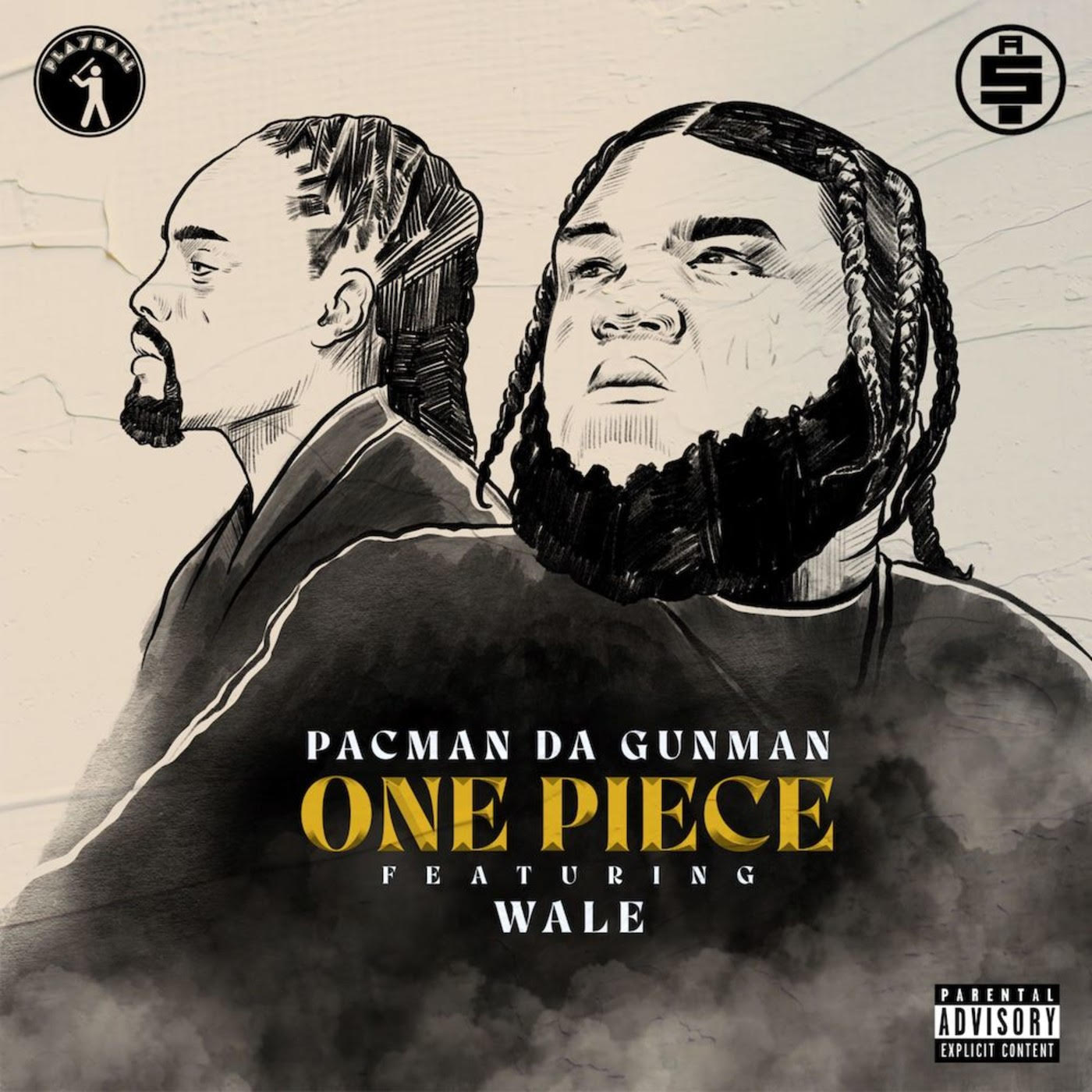 Wale assists Crenshaw-native Pacman Da Gunman on his new single titled “One Piece.” The ‘All Money In / No Money Out’ rapper has been on a tear lately, releasing music on a monthly-basis, and “One Piece” is just another solid lap on his current run.Wale also pays homage to the late-great, Nipsey Hussle, on his incredible-guest verse.

Production was handled by longtime collaborators J “Syphon” Gonzalez, SpaceNTime and Eyeq. It was also recorded, mixed and mastered by J “Syphon” Gonzalez — at The Wrecking Spot Recording Studios in Los Angeles, CA. Best known for being Pacman’s ‘go to engineer’, “Syphon” is currently running his own studio in Hollywood California where he makes innovative records with some of the worlds most established stars, alongside talented up and coming acts. He brings max effort to every production he works on, always reminding himself as well as his clients to be fearless and to always chase their dreams even if it means diving off the deep end.