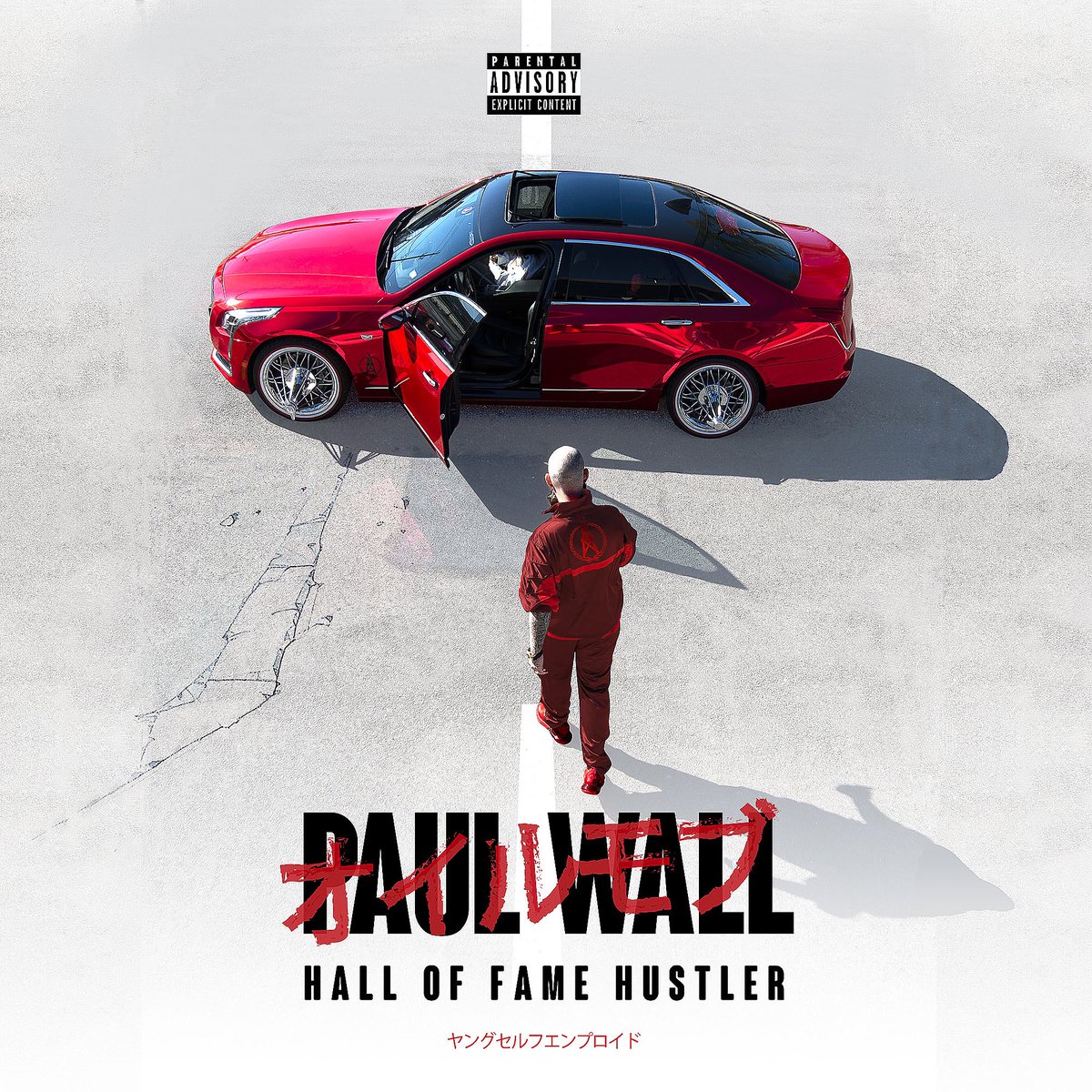 Houston Rap Icon, Paul Wall released his 13th studio album – Hall of Fame Hustler, on all platforms today in partnership with his Oiler Mobb ENT. and ONErpm. This 11-song album takes listeners back to the nostalgic and acclaimed early 2000’s Texas hip-hop sound, with heavy drums, slow melodies and raw down-south lyricism. With notable features including – Slim Thug, Lil Keke, Z-Ro, Max Minelli and Marty James, this album is a surefire banger to close out the Summer. “This album is the soundtrack to the hustle. It’s purpose is to motivate and inspire people to always do their best. And most importantly never give up on the grind,” Paul Wall claims. “I connected with some of my favorite hustlers and go-getters to be producers and collaborating artists on this project. Plus Mike Frost definitely killed the ‘Akira’ inspired artwork,” he continues.

This album comes shortly after the release of his lead single,”Still Sippin” featuring fellow iconic lone-star state rappers Slim Thug and Lil Keke. “Being a part of Paul Wall and his Oiler Mobb Entertainment legacy in a truly independent role with ownership of his master recordings is an honor. Paul has been a voice of the people on social issues while still releasing iconic music. We look forward to what the future holds with this partnership, states ONErpmHead of Urban Music Orlando McGhee. Paul Wall has been in the game over two decades, most known for his strong role in Swishahouse, one of the founding fathers of the renowned ‘chopped and screwed’ Texas rap sub-genre. 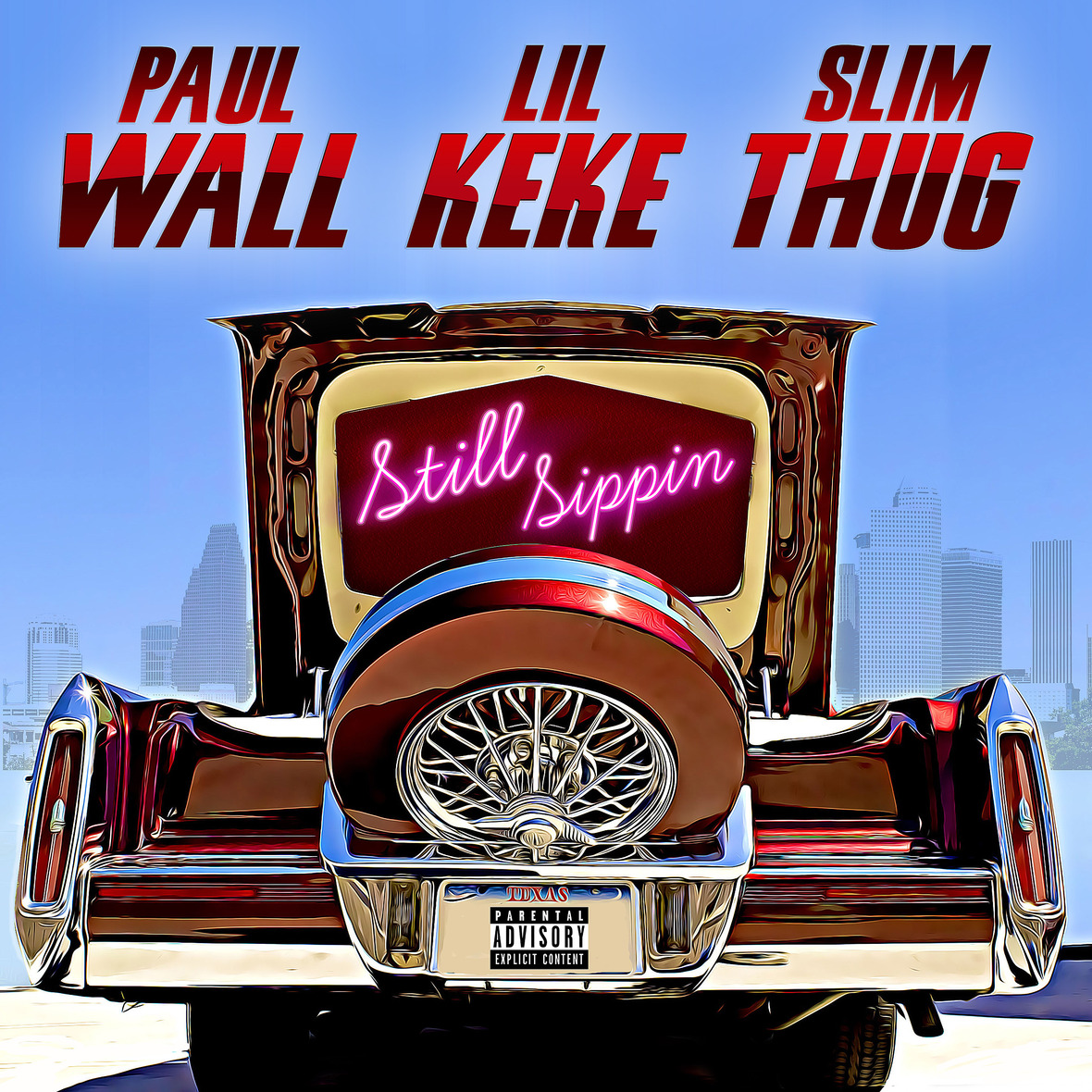 Texas legend, Paul Wall joins forces with fellow iconic lone-star state rappers Slim Thug and Lil Keke for new hit – “Still Sippin“. This single, distributed through ONErpm, takes listeners back to the nostalgic and acclaimed early 2000’s Texas hip-hop sound, with heavy drums, slow melodies and raw down-south lyricism. Paul Wall has been in the game over two decades, most known for his strong role in Swishahouse, one of the founding fathers of the renowned ‘chopped and screwed’ Texas rap sub-genre. This single, “Still Sippin” is the first off Paul Walls forthcoming album, “Hall of Fame Hustler“, set to release this upcoming September. 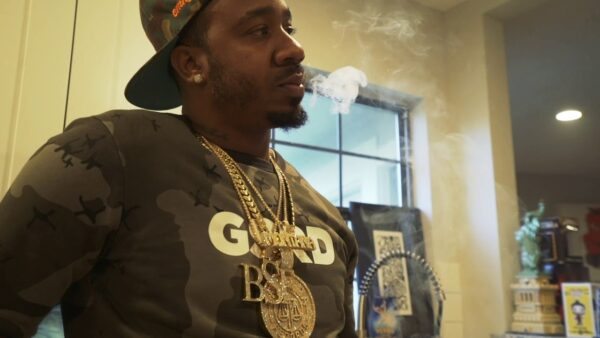 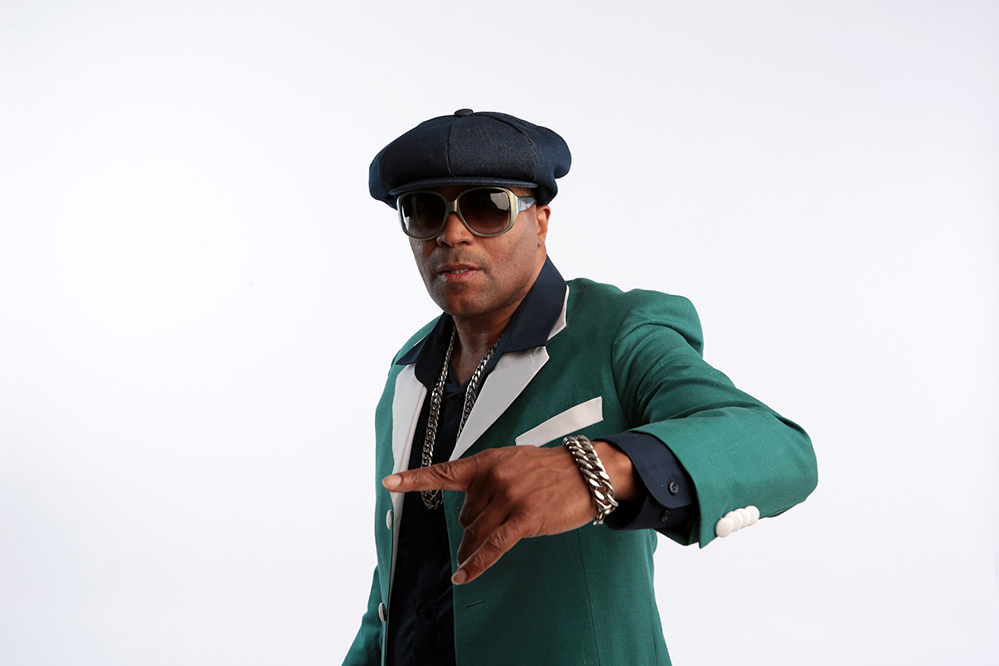 2019 is dead. Kool Keith & Psycho Les killed it. What more could you expect when one of Hip-Hop’s founding fathers, Kool Keith, and the first Latino member of the Native Tongues, Psycho Les of The Beatnuts, join forces. Keith shoots past space & time, sex style and horrorcore. Forget who’s woke and who’s sleep, because there are no boundaries when all you know is raw. Meanwhile, Pyscho Les lays nasty, timeless production for Keith and crew (Paul Wall, Jeru the Damaja, B-Real) to float over. The new album, KEITH, will be released on 7-12-19 on Mello Music Group.

Before his new album Keith arrives tonight at midnight, Kool Keith joins forces with Paul Wall for a new single, “Foot Locka,” saluting (“girls with striped shirts and black pants”) shoe care specialists as only they can.   The not to be missed “Foot Locka” video coming soon!

Kool Keith’s KEITH will be released at midnight tonight via Mello Music Group. 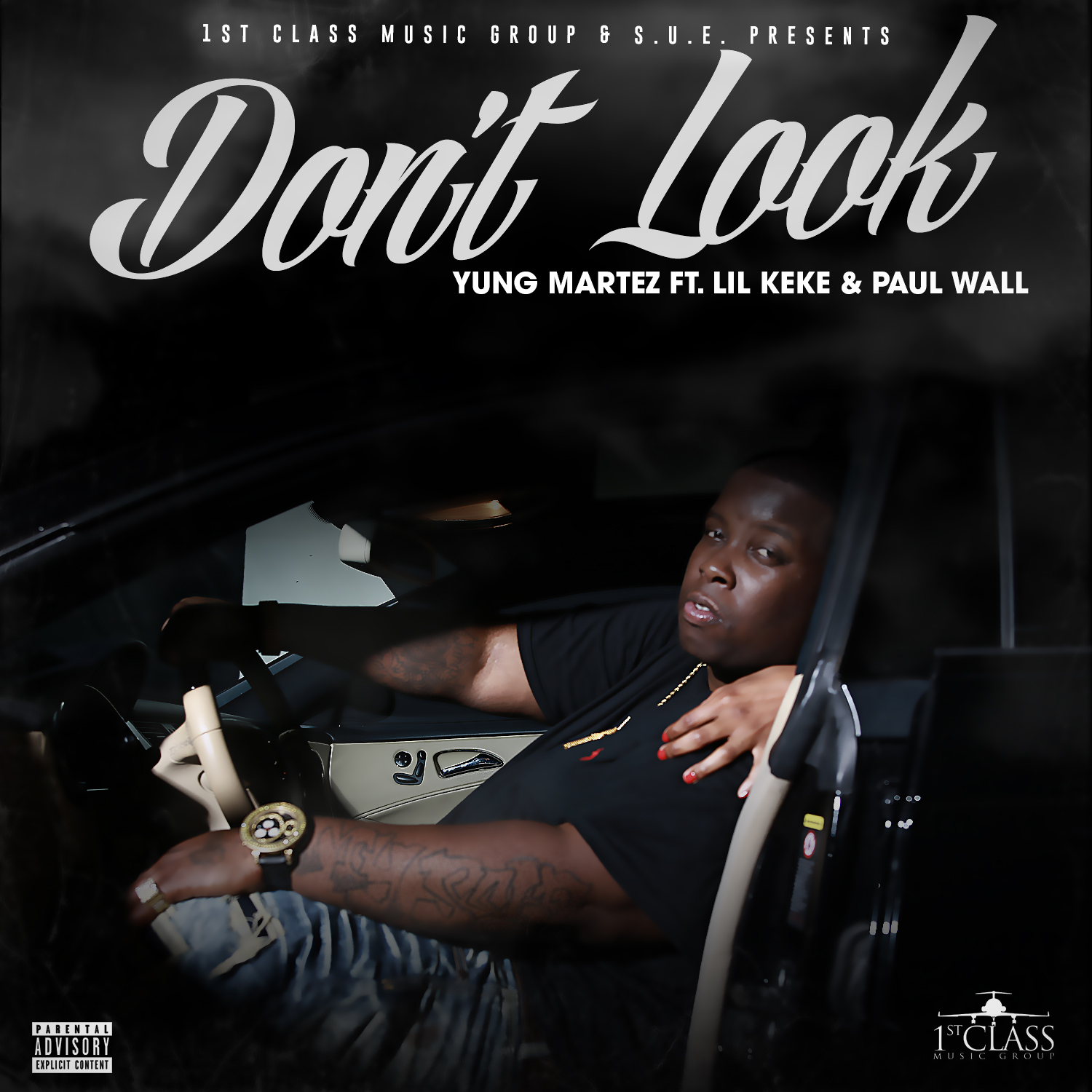 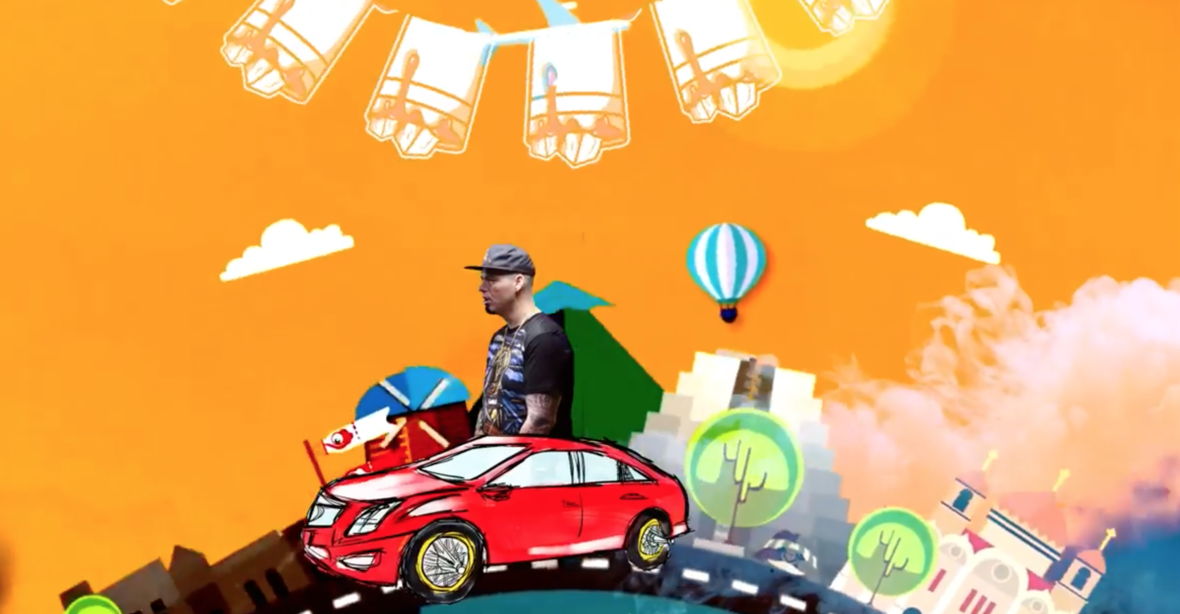 Following the release of his latest album, The Houston Oiler [EMPIRE], GRAMMY® Award-winning rapper, Paul Wall, keeps the momentum going with his new video for the single, “Why Is That.” The video, directed by Breadwinner Films, follows Paul around his hometown of Houston questioning the intentions of his opposition while surrounded by a combination of wild visual effects, eye-catching animation, gold grillz and more. The video premiered exclusively on Revolt TV’s The Gate last night. In addition, Paul recently opened the world’s largest jewelry store, Johnny Dang & Co., showcasing a large variety of custom grillz in Houston alongside his business partner, TV Johnny. 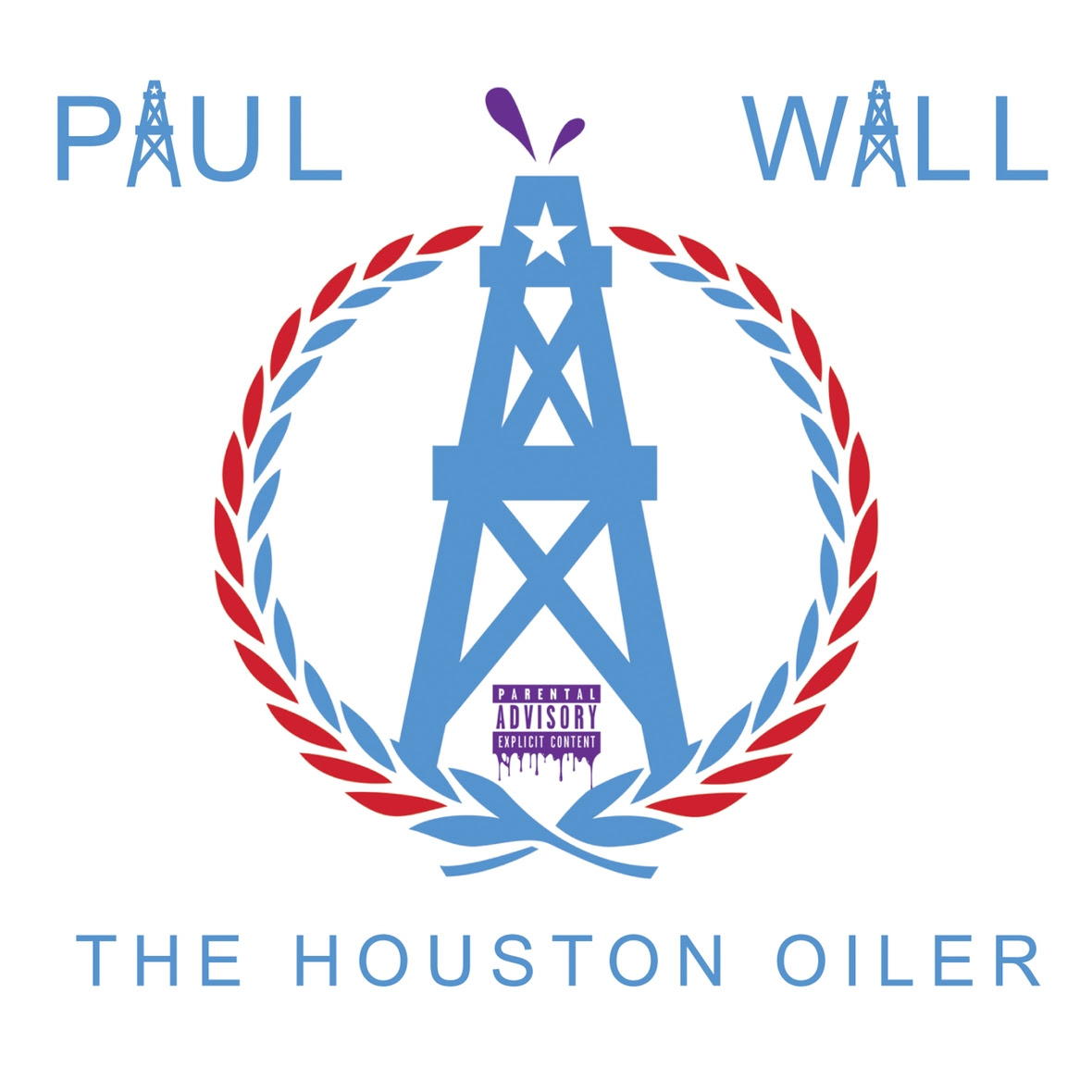 The Houston Oiler uncorks 16 undeniable new anthems from the self-proclaimed “Po Up Poet,” swerving between screwed-up Southern fried bangers and contemplative ruminations on not only his hometown, but about the world at large. Among those tracks, the album boasts an all-star remix of his hit single “Swanging in the Rain” featuring Slim Thug, Z-Ro, Chamillionaire, Lil Keke, and J-Dawg. Flaunting his inimitable wordplay and savvy bars, the original stands out as a fan favorite, ratcheting up 1.8 million YouTube views and earning acclaim from the likes of Pitchfork who called it, “Essentially the grown-up, chilled out reprisal to ‘Sittin Sidewayz’ a decade later. Even better than a comeback: when you never really left to begin with.”

Elsewhere on The Houston Oiler, he teams with another regional icon Z-Ro for the sizzling and striking “Thangz Are Crazy,” while “Save Me From Myself” [featuring J-Dawg] sees Wall open up over gospel-style harmonies and cinematic production. “Caught Ya Lookin” delivers an unforgettable chant, and the bounce on “Han Solo on 4’s” is meant to be turnt-up, and at cruising speed.

In conjunction with the album release, Wall opens the doors of Johnny Dang & Co. alongside his business partner TV Johnny. Revolutionizing the jewelry industry, Johnny Dang & Co. is the world’s largest jewelry store to showcase custom grillz. The flagship Houston location covers 14,000 sq. ft. across two floors and offers all custom-made pieces crafted in-house. If you’re in H-Town this weekend you’ll want to stop by the grand opening and mingle with a handful of notable celebrities, who they consider friends, such as Travis Scott, Chief Keef, Danny Garcia and more. The flagship store is located at 6224 Richmond Ave in Houston. Watch the All-Star promo video featuring Rick Ross, Puffy, Travis Scott and more HERE

Paul Wall isn’t just a hometown Houston hero; he’s also one of the south’s most respected and prolific voices. After grinding locally for years, his second full-length album, The Peoples Champ, captured #1 on the Billboard Top 200 and achieved RIAA platinum status. He joined Kanye West and GLC for the classic “Drive Slow,” a centerpiece of West’s Late Registration, which achieved the GRAMMY® Award for “Best Rap Album.” In between dropping a string of acclaimed albums and Gold singles like “Girl” and “Sittin’ Sidewayz,” Wall has guested on Ellen, Howard Stern, Jimmy Kimmel LIVE!, The Wendy Williams Show, and The Late Late Show in addition to appearing in movies such as Furnace and Hope They Serve Beer In Hell. Houston even gave him his own day August 16.

Grammy award-winning artist and the undisputed “King Of The Parking Lot”- Paul Wall– is gearing up for his 9th studio album release with a new video for “Han Solo on 4’s,” the first single off his upcoming album, The Houston Oiler (October 21). Directed by Michael Artis, the video sports psychedelic effects and features Paul Wall driving candy paint, tricked-out cars through his hometown of Houston. The Houston Oiler, available at all DSPs next week, boasts a lineup of southern legends including Slim Thug, Z-Ro, Chamillionaire, Lil Keke, and more. In conjunction with the release, Paul Wall and his business partner TV Johnny will also be opening the world’s largest jewelry store in their city, Johnny Dang & Co, on October 22nd. Paul Wall recently made national headlines for promising all 2016 US Olympic gold medalists a free grill. 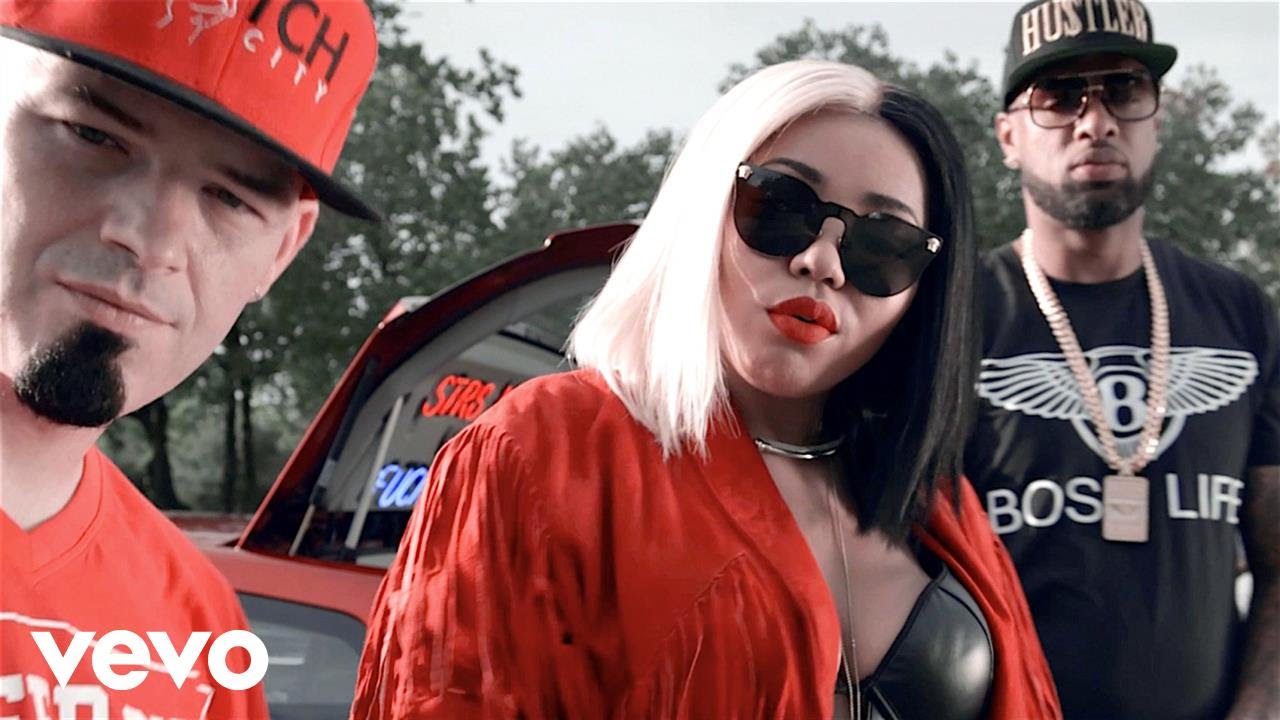 Though she’s had a hit in rotation on both of Houston’s leading radio stations, and named best female artist by the GODjs; Nessacary is still striving to attain more. Her hit single “Fiyah” was said to have displayed her Lyrical dexterity and unbridled urban vernacular. Her ambition and imperious demeanor has made Nessacary a staple amongst Houston’s music community. Expect no less from the follow up single “Welcome to Houston.” Both song and video features hip hop legends Paul Wall (Slab God) and
Slim Thug (American King). 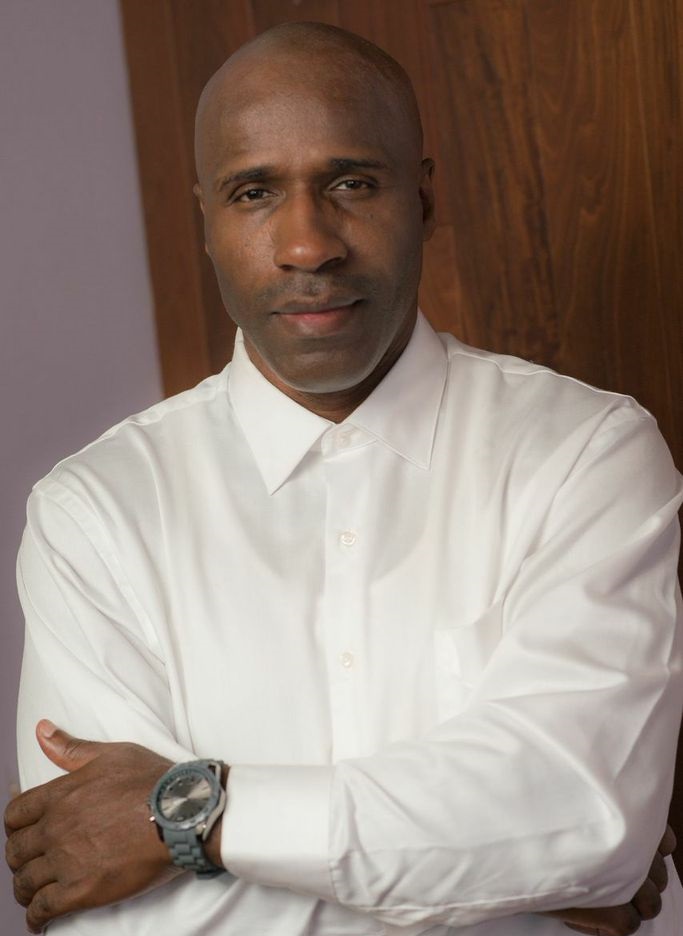 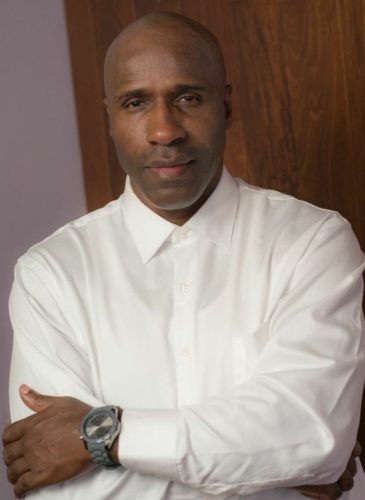 On Tuesday, July 20 – the same day he and 21 other Houston rappers marched into a black-owned Houston bank to “redistribute the pain” by opening new accounts – Geto Boys‘ most brazen trumpeter, Willie D, launched his own podcast, and it’s just as provocative and unapologetic as you might think it is. The show entitled Willie D Live, is available each Tuesday at 1:00 pm Central Time, and features in its first episode, a no holds barred interview with white rapper Paul Wall, who had a lot to say about police misconduct, and white people who live in denial about racism:

Later, when Willie D shared his thoughts on why he thinks O.J. Simpson is guilty of murdering his wife, Nicole Simpson, and her friend, Ronald Goldman, Paul said that he was glad O.J. Simpson “got off.” The “Sitting Sidewayz” artist also shared his experience meeting with members of Congress at Capitol Hill for music law reform, and discussed the recent murder of his friend on July 4th.

Listeners can subscribe for free to hear Willie D Live on any podcast hosting platform, including Google Play and i-Tunes. Additionally, video segments of each show will be available on the Willie D Live YouTube channel and SoundCloud.