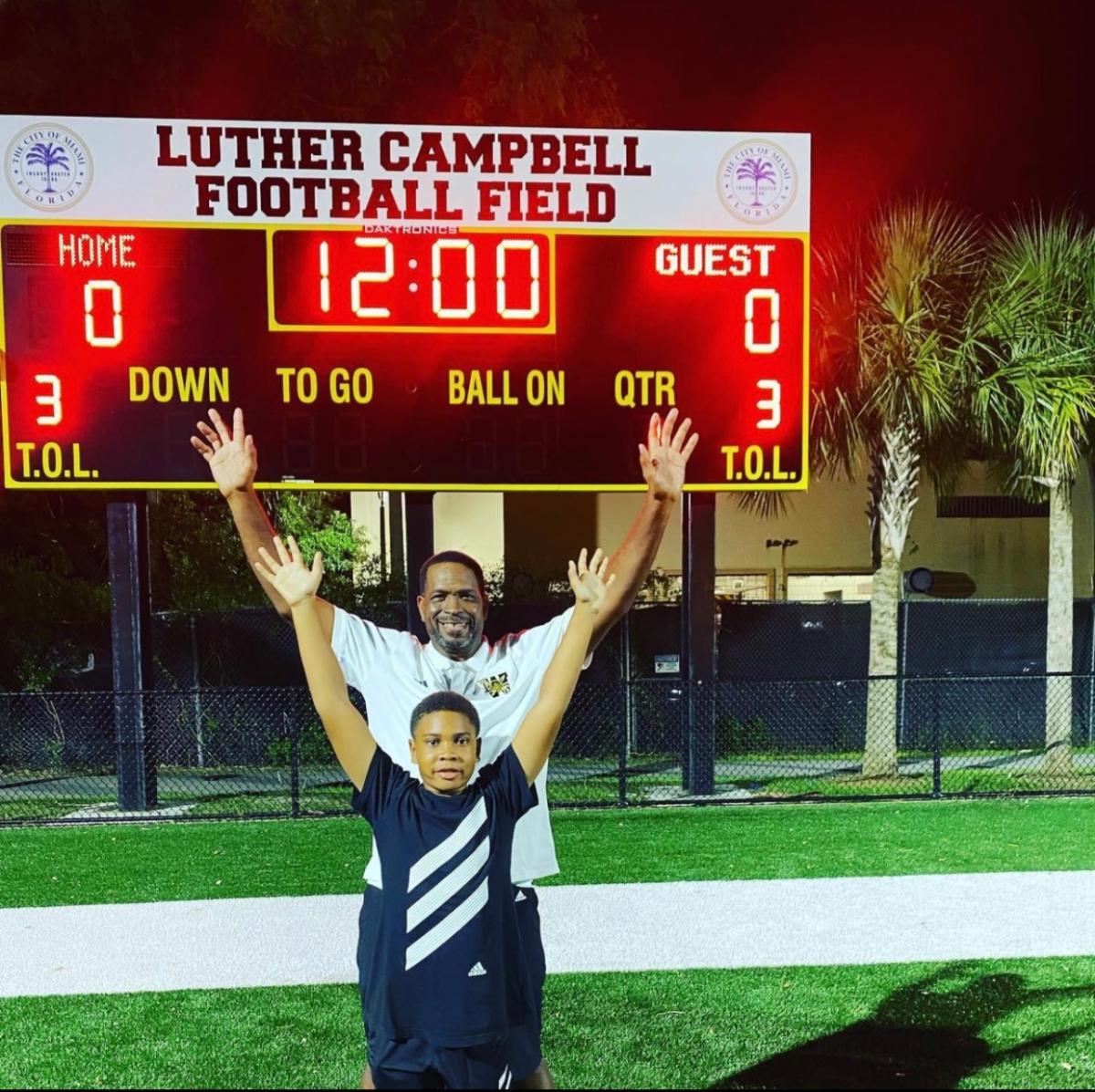 The City of Miami Parks and Recreation dedicated The Luther Campbell Football Field in honor of Luther “Uncle Luke” Campbell for his significant contributions to the community of Liberty City, Miami, and its youth for the past thirty-one years through the Liberty City Optimist Club of which he is co-Founder.

Greeted by a host of family and friends and a very energetic junior cheering squad, the Luther Campbell Football Field unveiling took place in front of a large crowd at Charles Hadley Park in Liberty City, Miami. Mayor Francis Suarez, Commissioner Jeffrey Watson, Commissioner Joe Carollo, past alumni of the Liberty City Optimist Club, and the community all came together to shed light on the contributions Campbell has made.

“I always said if I ever get two cents over my lunch money, I would come back and do something special in this community, at this very park I grew up playing in,” states Luther Campbell. “I brought in many of my friends to help bring all of this to fruition, we started something fresh and new, and when I look at what we have done here, I am as proud as I have ever been.”

“This community should know that they have something special,” states Mayor Francis Suarez. “It’s very rare for celebrities or famous people to do what Luke has done, and that is giving his most precious asset, his time.”

Commissioner Jeffrey Watson continues, “You have to be really, really small to not appreciate what was done today,” 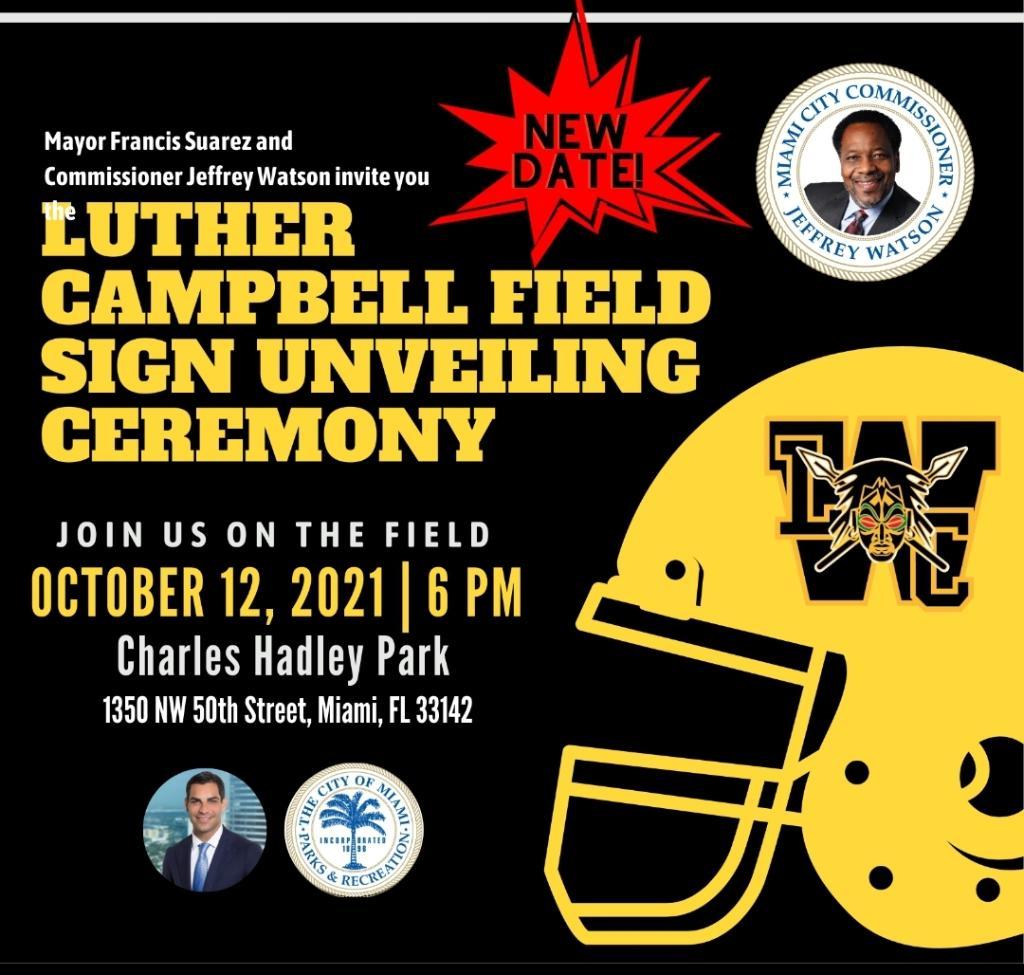 Miami, Florida, Cultural icon, music legend, community activist, and winning football coach, Luther “Uncle Luke” Campbell is pleased to announce the unveiling ceremony of theLuther Campbell Fieldlocated at Charles Hadley Park, the home of his Liberty City Optimist location, of which he is the co-Founder and President.

The unveiling, sanctioned by the City of Miami Parks & Recreation, will take place on October 12th at 6 PM on the football field. Charles Hadley Park is located at 1350 NW 50th St., Miami 33142.
“I’ve worked with children in my hometown for years, academically helping many of them get into college as well as grooming many of them to play professional sports. Building the Optimist club has been a labor of love, and having the field named after me by the City of Miami warms my heart. It is an absolute honor,” exclaims Campbell.

“I really want to thank Commissioner Watson and all of you for doing something that is one of the biggest no brainers in our community which is honoring a man who has done so much for the City of Miami, who has been such a positive influence on so many of our children’s lives,” states, Miami Commissioner Ken Russell.
Miami Commissioner Watson continues, “It’s always great to honor those when they can be around to smell the roses.”

The unveiling is especially special to Campbell as he grew up playing on the very same field that is being named after him and it’s the field the athletes of his football program practice and play games on. He has been a conduit for athletes for thirty-one years and has helped develop athletes from the start of their introduction to football on what will soon be the Luther Campbell Football Field, including professional athletes such as Devontae Freeman, Duke Johnson, Willis McGee, and Chad Johnson. 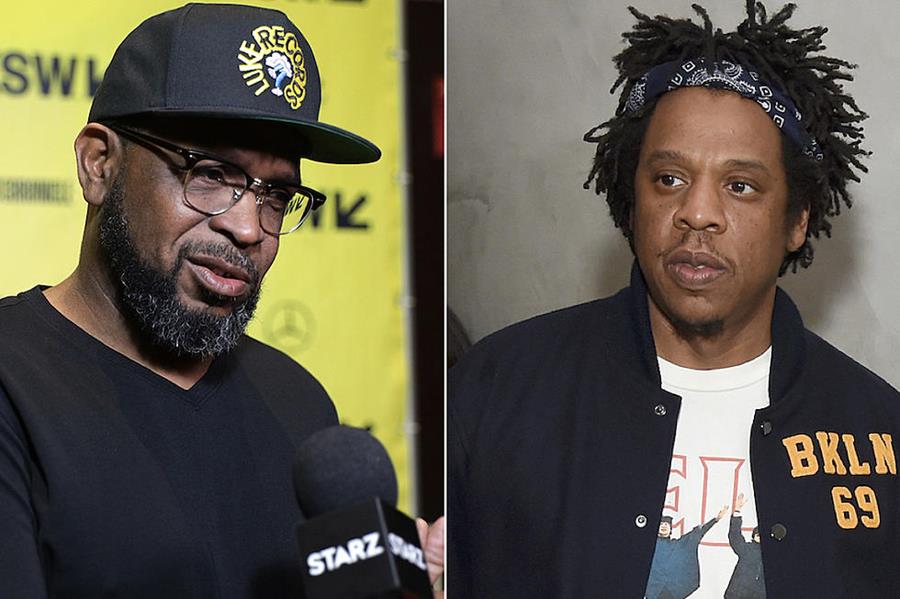 The NFL is disrespecting Miami’s music industry. Last week, the league announced that Jennifer Lopez and Shakira will co-headline the Super Bowl LIV halftime show at Hard Rock Stadium in Miami Gardens. According to the NFL, Lopez and Shakira are the first artists to come onboard since rapper mogul Jay-Z and his company Roc Nation partnered with the NFL to act as the league’s entertainment arm.

Pitbull, AKA Mr. Worldwide, along with Flo Rida and Rick Ross, should really be the headliners of this halftime show. J. Lo and Shakira should be Pitbull’s invited guests since he did songs with them. And Flo Rida should be inviting Trick Daddy, Trina, and other Miami superstars to share the spotlight. The NFL is going about this ass-backward.

Neither Lopez nor Shakira is from Miami. J. Lo is from New York City and lives in the Big Apple with her husband, former baseball player Alex Rodriguez, who grew up in Miami, although he’s quick to tell people he reps New York. Shakira may live in Miami, but like other celebrities who have a home here, she’s looking for tax breaks. Lopez and Shakira don’t get involved in social issues that concern the community. They don’t volunteer to help the needy. To me, that’s a settler. This Super Bowl is supposed to be about showcasing Miami for more reasons than one.

Jay-Z is in violation of the G code. When you go into another man’s city, you are supposed to consult with him. In this case, Jay-Z should’ve had a conversation with me before coming up with this ludicrous idea. The NFL is disrespecting the hard work of black entertainers who have made Miami the center of the rap game. On the NFL Network, league officials said the show is going to promote Latinx culture because Miami is all about Hispanic people. That’s a slap in the face to the African-American community, which includes a diverse mix of Bahamian, Jamaican, and Haitian people.

It’s an outrage considering the NFL is taking us for a ton of money to host the Super Bowl at Hard Rock. Miami-Dade County is kicking in $10 million in taxpayer funds, the City of Miami is adding $3.3 million, and the City of Miami Beach $1.2 million in fee waivers. The NFL needs Miami because you can’t put a price on hosting a big event in the best city in America. The hotels are already packed with visitors in February when the Super Bowl takes place.

This Super Bowl halftime show should be about Miami. This is a rich entertainment community with worldwide entertainers, not some slapdicks. It’s totally disrespectful. Shit, I wouldn’t be mad if the NFL had landed Ariana Grande because she at least grew up in Boca Raton and can really sing. Jay-Z needs to talk some sense to the NFL. I’ve said he didn’t deserve criticism for linking up with the NFL before he had a chance to start. But he needs to straighten this shit out.

Check out additional clips from TMZ and the Miami Herald below. 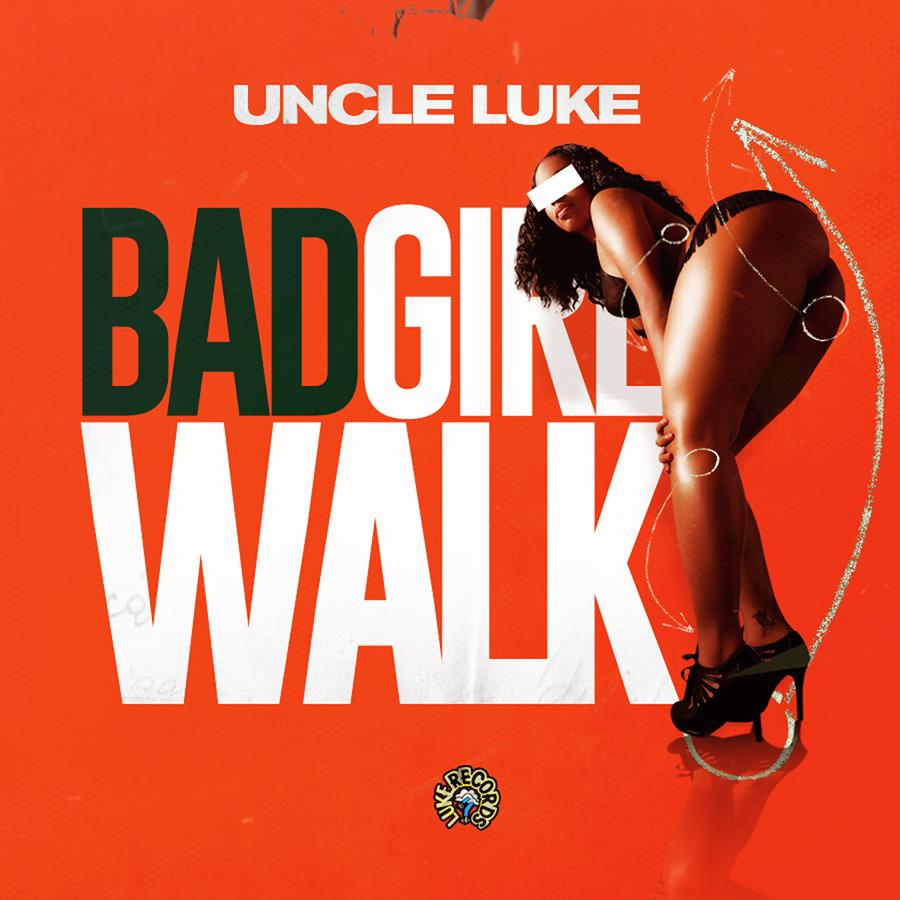