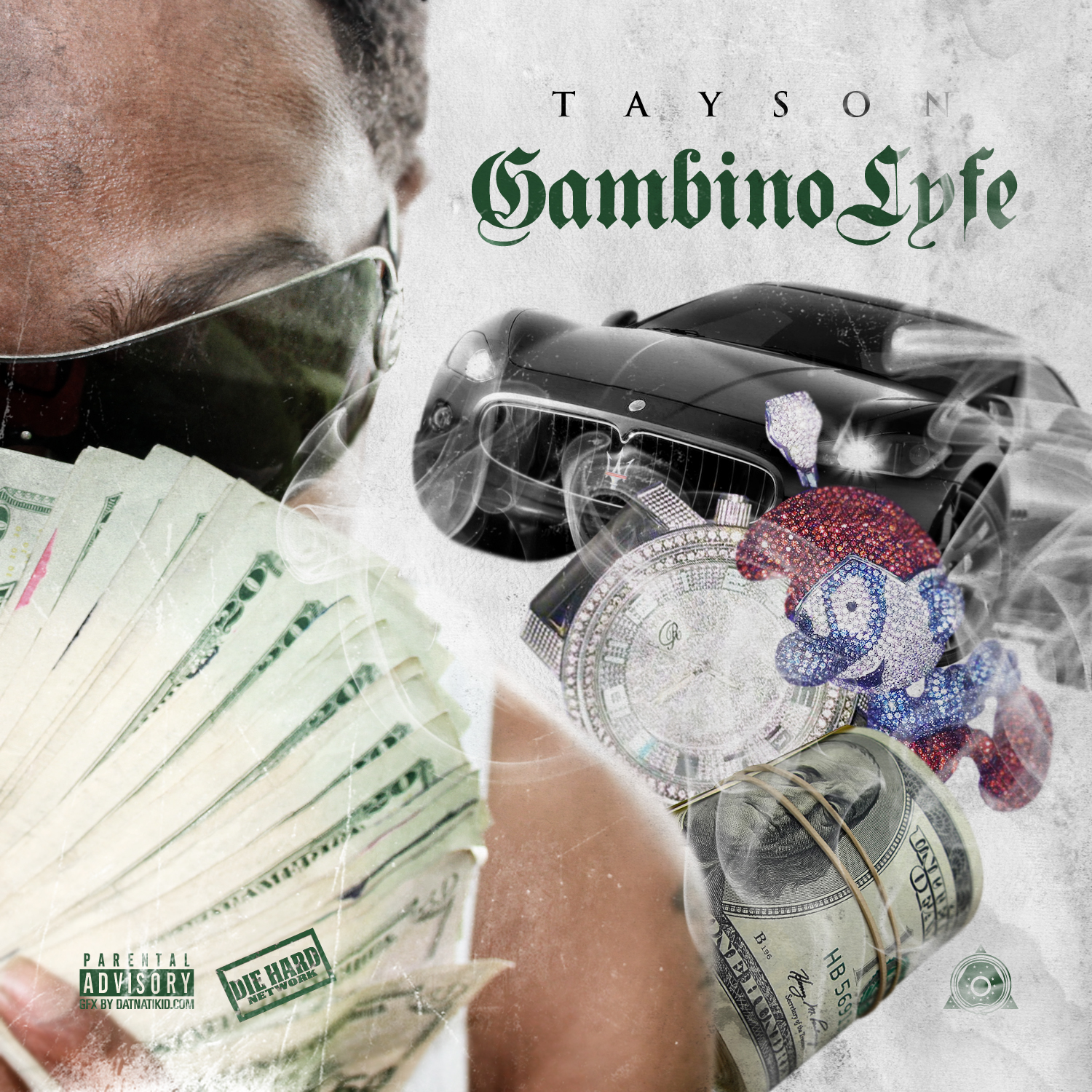 Cincinnati native & rising hip hop artist Tayson has been taking the MidWest by storm lately. After his single “Water” broke the Top National 200, Top 50 R&B/HipHop & Top 80 Indy in the same week, the DieHard Network artist geared up & dropped his latest offering, Gambino Lyfe. Sounding more like an album then a mixtape, Tayson balances the selected tracks perfectly for a project that will get playback from listeners. Songs like SuperCoupe & Numberz are surefire nextup singles, & tracks like My Niggaz & Rewind give insights into brotherhood & past romance. KMG Beats & The ClassicMakers along with Street Empire Music Group man most of the fervent production, while Sparkz Da Trackman & PSB Beats deliver the more delicate display. Slik Bezzle is a new producer that gives an 808 new meaning on track 9, respectfully. With a solid performance @ Legally Loud 3 sponsored by Hot New Hip Hop and LoudPackLegion this year down at SXSW, the Ohio rapper looks to capitalize off his momentum. Tayson is providing ear candy for the masses. Grab a soundbyte.