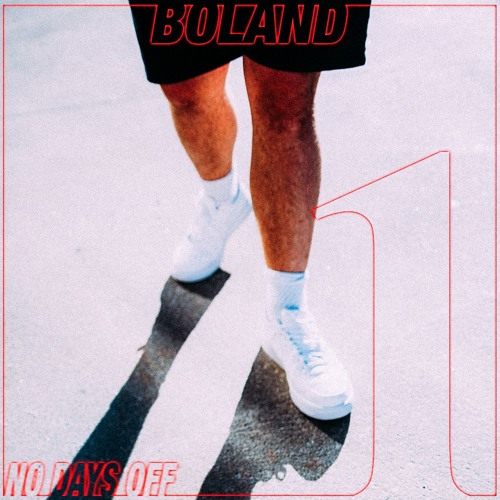 Toronto-based rapper Boland unveils his much-anticipated “No Days Off” debut single from the forthcoming project of the same name. Over the next 13 consecutive weeks, Boland will release new songs under the No Days Off banner, showcasing his wide range of flows, unbeatable work ethic, and varied lyrical styles. A multifaceted new rap talent, Boland has been writing poetry and rhymes since the age of five, and comes from a family tree littered with talented artists. His sister is award-winning actress Katie Boland, chosen by the Toronto International Film Festival – the world’s largest film festival – as one of their inaugural “Rising Stars”; his mother is award-winning photographer and filmmaker Gail Harvey who’s worked on over 100 films; while his father Kevin Boland is an esteemed journalist and best-selling author.

In the forthcoming weeks, the No Days Off rap release series will also feature Boland and producer NAWMS paying tribute to some of rap’s greatest and quirkiest icons, from Mobb Deep to MF Doom, executing a flawless fusion of both the old school and the new. Inspired by everyone from iconic wordsmith Bob Dylan all the way to golden era emcees like Nas and Big L, Boland continues the momentum from earlier this year when he launched the much talked about indie album Shades that featured collaborations with everyone from Polaris Prize nominated Toronto rap legend D-sisive to Juno Award-winning R&B singer Divine Brown.
This new project will feature Boland pushing artistic envelopes and making a strong case for how hip hop is compatible with virtually any other genre, as long as the stitching is tight and the skills are right.